I worked for George Morris for almost one year, back in 2004/2005 during his last season operating the legendary Hunterdon, Inc. I managed his business and also rode while at home in New Jersey before we went down to WEF for the winter.

To say that I learned a lot would be a laughable understatement, but I would not call my time there happy. I was berated, overworked, and on edge to the point where I started developing ulcers. Every time George entered the barn (or tent), my blood pressure spiked as I waited to hear what else I had done wrong. Maybe the refrigerator was dirty. Maybe the storage room was dusty. Maybe the bits weren't perfectly aligned in the tack room. When he said nothing, that was the only time I knew everything was up to his standards.

For the longest time, I looked back at my tenure there knowing I was lucky to have it, and that even with the unhappiness, I would do it again. But now with the toppling of what was one an absolute, unquestionable power, a perspective that I knew was always there, but didn't allow myself to acknowledge, is coming to the forefront: there is never a good excuse for unkindness, no matter how much power you have, what industry you work in, who you are, or who you are interacting with.

The horse industry is one that has unavoidably been built on power dynamics from the start, since only the wealthy could pursue it, and wealth is nothing if not power. But as the sport came of age in the 60s, 70s, and 80s, wealth blended in with corrosive power dynamics at play in the larger social landscape, creating an industry rife with abuse of all kinds - to the horses, to the staff, to the clients, and even trainers against each other.

Only now that today's larger social landscape is starting to tear down negative power dynamics wherever they may be is the horse industry finally getting the reckoning that has been overdue for years. If we think that this isn't the case, we are fooling ourselves. Many of our major forums for discussion are completely anonymous due to fear of retribution. We each know of someone (or are someone) who has been held hostage by a trainer who made us feel inadequate but promised success, or worked a grooming job for 70 hours a week with no health or disability insurance for the chance to show a green prospect.

We've always covered over these realities by sticking our heads in the sand and saying, "That's just the way it is, it's the way it's always been, and there's nothing we can do about it."

I am not happy that George Morris, in the end, turned out to be who he turned out to be. I do not sit here thinking that I'm vindicated or that I was right. But I am glad that finally, we are in a place where we no longer tolerate this sort of behavior from anyone, even those once thought to be untouchable. Because it means that we're finally starting to strip away the power that allows unkindness to flourish, and eventually twist into something truly sinister.

I hope that in 10 years from now, young people look back at the way things used to be in horror that we could ever be so mean to each other. Let this moment be the first step in that direction. Let the power of kindness be the power that we all seek to have. 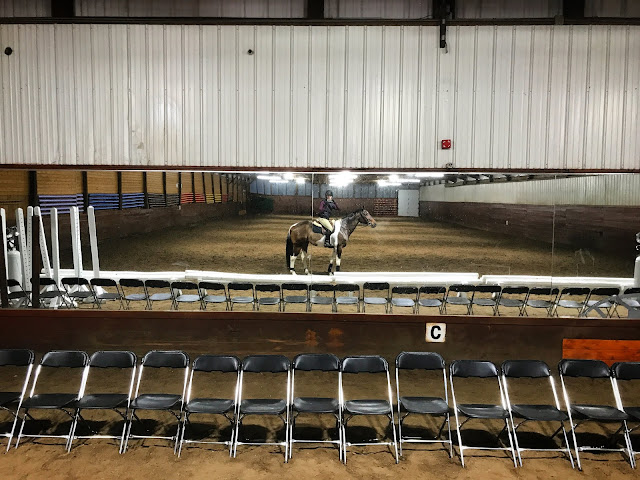