Forward and Straight is the Reward for Lateral and Collected

My first horse job was also my dream horse job: managing Hunterdon, Inc. Part of this job meant riding each day under the watchful eye of the legendary George Morris. The posts about things I learned from George  (and also from Chris Kappler, who at the time was also a part of Hunterdon), will be plentiful, but this is the first thing I will write about because I think it's also the most important thing:

"Forward and straight is the reward for lateral and collected."

This was a saying of George's that I can remember him saying verbatim, mostly because he said it often. The gist of it is this:

Training a horse, as with training most animals (and children!), is a series of commands or requests, and then feedback based on how that request was carried out. Many riders think that a reward needs to be literal. A pat on the neck, a verbal affirmation, or a treat. George, however, knew that a reward could simply be the absence of the request. To get the horse to move forward, add your leg - request. When the horse moves forward, remove your leg - reward.

The Forward Straight / Lateral Collected was a little more advanced, because it required that the rider was able to accurately ask for each. Being truly Forward and Straight are not easy things to do, and being truly Lateral and Collected is even more difficult. The principal means that during your flatwork, moving Lateral and Collected is more taxing for the horse - the reward for those commands? Allowing the horse to move freely forward in a straight line.

When you ride using even these two (deceivingly) simple requests of your horse, it will build proper muscles while also giving them a positive experience. It will teach them that forward and straight is a "reward" default, and therefore, they are being praised each time they are allowed to go forward and straight. That's why no matter what type of riding I set out to do, the first thing I always try to establish with my horse is Forward and Straight.

* One thing to note - bent and lateral are not the same things. A horse can be bent, as in their body can be traveling in a circle, but still "straight", in that their hind legs are moving in the same track as their front legs. To be lateral, the horse needs to have their front and hind legs moving in two different tracks, as in shoulder or haunches in. The most simple example of this is doing an inside bend around a turn, as it will force the front and hind end to move in two different tracks without asking the horse to go in a straight line. 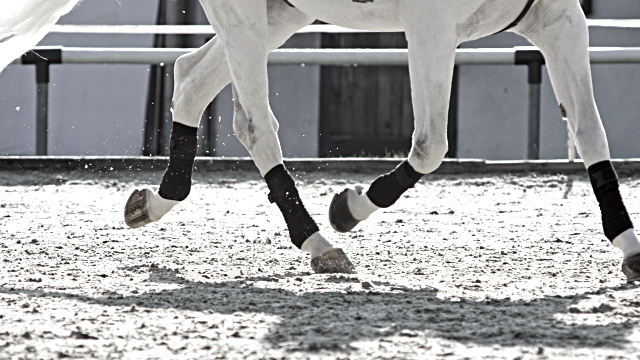 ** Disagree with anything above and want to start a discussion? Let's talk! But first, please read my disclaimer post.

Mares - Everything They Say is True